Exciting News: I am Number Five!

Publishers Weekly has just released it's list of Top Books of 2011 and guess what's #5 in the Romance catagory? You guessed it! 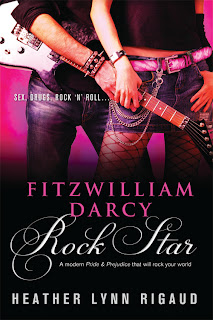 ME! I am so proud and delighted! What a list! Mary Balogh, Geralyn Dawson! If you don't recognize the names these are very famous, very important, very successful Romance writers. And I'm on the short list with them! Woo-hoo!

I have to admit I am currently very motivated to work on my next book.
Posted by Heather Lynn Rigaud at 9:06 AM 13 comments:


So, that's my life in a fun, short, picture-filled page. I hope you're all doing well, and will comment to tell me what literary characters your pets resemble.
Posted by Heather Lynn Rigaud at 12:56 PM No comments:

So, every day the release of FDRS gets closer and every day I get a little more freaked. Reviews are starting to come in and I can see I'm going to have to follow Abigail Reynold's advice and NOT READ THEM. They will just make me crazy.

So, luckily I have something to keep me busy- VACATION!!! I'm leaving tomorrow night for 2 weeks of fun and sun. I take the same vacation every year, which might seem boring, but it's actually kinda comforting. Anyone who's read my work knows what it is, but I'm going to not go into it right now, because I plan on blogging about it at Austen Authors.

But I will talk about what I've been doing besides working on FDRS, which is sewing. Due to the fact that I am insane, I go on a vacation that requires handmade clothes. Further proof of my condition is evidenced by the fact that I know only bring my own nuclear family (me, Michel & my 2 sons) but I also bring my sisters and their families. Which makes for a great vacation ... and a lot of sewing.

Is it any wonder I wasn't online much in this month? The good news is the sewing is over, everything is packed, tonight it gets loaded into the van, and tomorrow we leave!!!

But don't worry- I'm bringing my laptop and will stay in touch- after all, I've got a book coming out in a month.
Posted by Heather Lynn Rigaud at 1:39 PM 3 comments: 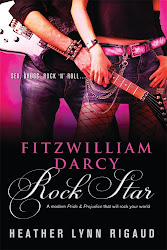 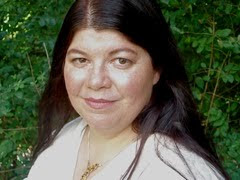